An Open Letter to the Leaders of Alberta's Political Parties

Friends,
A week from tonight we will be listening to hear the results of the day's voting being announced.  Which means that we have had now 3 weeks of official electioneering (and at least a couple months of unofficial before that).  Things are heating up.

Over the last 3 weeks I have heard a lot of rhetoric.  Some I have liked, some I have strongly disliked, a lot I have pretty much ignored.  I have heard promises to balance the budget, to take care of Albertans, to improve the education and health systems.  I have heard people willing to actually discuss and a lot of people who were unwilling or unable to move off of designated talking points and enter into real discussion.  But I have not heard something I think very improtant.

If you are graced with the support of the most MLAs and so given the task of heading a government how will your government move to lift all Albertans out of poverty.  How will you ensure that every man, woman, and child in this province has safe and secure housing, a secure food supply, appropriate access to medical care (meaning both those things covered under Alberta Health Care and those things that are not--prescriptions, dental care, eye care...).  You all say you want to make Alberta a better place to live.  Often in my life I have heard about the "Alberta advantage" (which in reality was possibly more mythical than real in my experience).  A province that eliminates poverty, a province where all people have enough to live safely and comfortably.  Now that is something that is a true advantage.

And in the end lifting all Albertans out of poverty will help you accomplish your other goals.  It will grow the economy by leaps and bounds simply because people will be able to purchase things.  It will improve the efficacy of our education system because well-nourished children make for better students.  It will ease pressure on the health care system because living in poverty often has dire consequences for one's physical, emotional, and mental health.

You all want to make Alberta the best province to live in.  I take you at your word (even if I often disagree with your idea of what that means and how to get there).  A province with nobody living in poverty would be the envy of the rest of the country.  So how will you do it.

Email ThisBlogThis!Share to TwitterShare to FacebookShare to Pinterest
Labels: development, economics, Education, In the News

Book 3 of 2015 'The Canadian Civil War: Carbines and Calumets

Well here we are, the fifth and final book of the series.  We finally get to the actual civil war....such as it is.

After four volumes of build up the actual civil war is, well, almost anti-climactic.  And really hardly worth calling a war.  Slight disturbance comes to mind.

Mind you that really did flow from how the secessionist movement has been described over the last few books.  To put it bluntly they are barely competent.  And they make really stupid partnerships.

I am glad I happened on this series.  It is not a set of classic books to be sure but they have been good, mindless entertainment.

And we all need that from time to time.
Posted by Gord at 1:56 pm No comments: 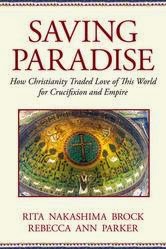 Having heard good things about it, I first bought this book in paperback several years ago.  And I started it more than once. But as an actual book it is just so big....

A couple of years ago I bought it again in KOBO form, thinking that I might get it read faster if it was more portable.  And again I would start it, then get drawn onto something else, and re start it and so on...

Finally this winter I decided I would get it read this year. And so a chapter or so a week I got it done!

It is a great book.  My favourite part was actually the first section, where Brock and Parker look at the use of paradise imagery first in the pre-Christian world and then in the first few centuries of the Christian church.  It does make you think about what it would be like to proclaim louder the NOW part of the "now and not  yet" when talking about the Kingdom of God.  After all Jesus himself is reported to have said that the Kingdom of God is in our midst.

Sadly now talk of paradise is relegated to utopian fantasies, or something other-worldly, or something that only lies in a distant future.

Is that because of the theological thread of redemptive violence, as the authors suggest?  Is it because  the lure of the reward that is to come is such a powerful political tool to control the masses? Is it because of a pessimist view of humanity?  Or may be all those things.

It is well known that where we focus our energies and thoughts has a deep impact on how we see the world.  For much of the last 1000 years the Western Church (Roman, Anglican, Lutheran and Reformed) has chosen to focus on the death on the cross.  Sometimes it almost seems that Friday is more important than Sunday in some people's theology.

What happens if instead of torturous death we focused on life in paradise?  Brock and Parker suggest this is what the early church did. I suggest it would change our attitude towards ourselves and each other.  It would be a cause for hope.  It might help us get past the idea of redemptive violence.  As the authors show, the idea of redemptive violence moves beyond the meaning of the crucifixion to change how we deal with those who are "other".

But in the end I quibble with the title.  We do not have to "save" paradise.  We do not even have to reclaim it. I suggest we have to embrace it, to open our eyes to see it.  Yes we have to be realistic about the "not yet" of the kingdom but if we see ourselves as being invited to live in paradise TODAY I think wonderful things could happen.  How do we prepare each other to live in paradise?

So where do you see paradise around you today?  Maybe that would be a good spiritual discipline.  Some folks follow the advice of Oprah and keep a gratitude journal.  Maybe we should start keeping a "Sightings of Paradise" journal.
Posted by Gord at 2:17 pm No comments:

WHy oh Why oh Why?

SO I was watching "Disaster Decks" this afternoon.  The premise of the show is that the wife hates the deck (which is usually falling apart and unsafe) and the hosts help teach the husband to build a new one.  The episode today they made a (repeated) point of mentioning that in this couple the wife did most of the household repairs.  Then said in one of the throw to commercial teasers that they were helping the husband get his "man card".

Nope, still 2015.  FOr a moment I thought maybe I had hit a time warp and gone back a few decades.

Why not have the wife help build the deck if she is the one with that interest and surprise her chef husband with a new deck and outdoor kitchen????

Or do we have to work hard to maintain gender role definitions? 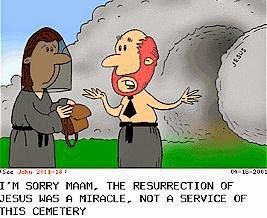 He Is Risen Indeed!!!!!
Blessed Easter
Posted by Gord at 8:59 am No comments: