You could easily say that helping to develop healthy communities is a vital part of what it means to be the church in the world. It is Scriptural. It is faithful to the Law and the Prophets. It is also what Gordon and Perkins (and their many other contributors) talk about in this book.

The first part of the book is a bit of history about how the authors came into the world of Christian Community Development and the formation of the CCDA in the United States. The last 2/3 are the handbook. The CCDA has 8 principles for Christian community development and each is given a chapter. In each chapter the principle is explicated, both in terms of rationale and in terms of how it is lived out. But then is the best part.

Each chapter includes at least one story (this is wehre the any other contributors come in) relating to the principle [though of course the various principles inter-relate and it is not always easy to only talk about one]. Story, as any of us know well, is a wonderful teaching tool.

The community development discussed in this book is specifically geared to areas such as under-resourced American inner-city areas or possibly some less developed parts of the world. And so it is not a direct line to use the concepts as described in many congregations (to develop them) or other communities. But there is a lot of cross-over and places where one can extrapolate from the descriptions offered here.

To be in church leadership is to be in the business of developing community. A big part of that is developing the community of/within the local congregation. But we are also called to work and pray for the welfare of the communities in which our congregations are set. Sometimes we are better at that than others. But if we are to flourish as communities of faith we have to live it out. The ideas in this book are a help in figuring out how we might do that.
Posted by Gord at 9:24 pm No comments:

This is a collection of papers related to the topic of the title. And as one often finds in such a work, some papers are more enjoyable than others. It is in two sections.

Section 1: Ethical, Theological and Ethical Dimensions
There are 5 papers in this section. The first looks specifically at ethical issues. It is very dense and was not my favourite. The other 4 were much more readable and accessible. In particular I liked the fourth, a paper co-written by a philosopher and a theologian discussing what wholeness means in relation to ageing – particularly in a culture where frailty and failing health tend to contradict understandings of wholeness. The third essay was also a very interesting read. It dissected a section of 2 Corinthians as a way of discussion “outward decay and inward renewal. The one issue I had with it was that there was relatively little overt discussion of ageing...which seemed odd given the topic of the book. The second paper challenged us to create a new way of looking at aging and gerontology, pointing out that much of the current work is based on biology and medicine and therefore misses some of the less tangible pieces of the puzzle.

Section 2: Issues of Ageing and Pastoral Care
This section has 7 papers. These tend to be a bit more practical in nature than the first section. They address issues as varied as isolation to sexuality to ritual to spiritual development to parish nursing. There are two authors who have submitted 2 papers each in this section. One talks about a dialogue between faith and dementia followed by a discussion of the importance of ritual in the life of faith. The other is a series of two articles relating to spiritual development and ageing (though it appears that these two are in the wrong order). I found both these sets of papers quite useful, though in terms of practical use the first set were more helpful. The last article, dealing with parish nursing (or as termed in this book “Faith Care Nursing”) reminded me of discussions in the United Church about 20 years ago. It struck me as an intriguing idea then bu one that would be harder to sell in financial terms. Still on the whole these papers have planted some seeds about how a faith community can provide optimal support for an ageing population – and in the process provide more support for all generations.

One of the gifts that faith communities have to offer to life is that we are one of the few places in society that are truly intergenerational. There are few places where people can share the energy and wisdom of multiple life stages. If we do it well we will all benefit.
Posted by Gord at 1:05 pm No comments: 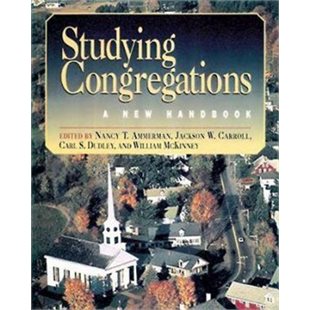 This book was recommended by a classmate 15 years ago. So I guess it was time to read it.

One of the realities of ministry is that in order to provide leadership you need to constantly be gauging who and where the congregation is (both in their self-understanding and in reality – because those two are not always the same thing).

This book gives tools and perspectives on how we do that analysis. Sometimes you do it intentionally to deal with a specific issue or problem (or “mess” as one quote in the book suggests we do not solve problems – we handle messes). Sometimes you do it intentionally as part of a visioning/re-visioning and mission/goal setting process. You are always doing it at an unconscious level.

I liked that the authors gave a variety of frames or lenses to use in this process of studying. How we look at a situation will often change what we see. Years ago, in my first year theology class I remember the prof saying that the questions are far more important than the answers. Same with choosing what way you will look at a situation. Those things shape the answers we gain. I also appreciated the constant reminder that this sort of study is NOT best done by one person. You need a variety of eyes to get the clearest look at the picture.

But I have a major concern. It is my sense that organizations, perhaps particularly the church sometimes tend to act unreflectively. And so taking time to reflect and study is a good thing. But organizations, and certainly churches, sometimes swing too far the other way. Study and reflection can become the endpoint. We go too far into navel-gazing and never quite get to the action portion (admittedly I recognize this because it is a trap I personally can fall into). Sometimes it feels that the study has not quite given us the magic information that we need to know exactly what action to take.

This book is helpful in giving tools and methods and perspectives as to how we study our congregations. But at the same time I am not about to put it into practice immediately (at least as a formal study process). Sometimes we need to act so that we have something new to reflect upon....
Posted by Gord at 11:34 am No comments:

I first met Jack Whyte's writing 20 years ago when (along with much of the rest of my family) I read through the Dream of Eagles cycle (his series positing how the Arthurian myth could have begun in post-Roman Britain). And then years later I read the three parts of his Templar trilogy. Then I have worked through this trilogy.  The first one was about the formation of William Wallace, the second was about the upbringing of Robert the Bruce, and then this one is about Andrew de Moray (or Murray), the partner of William Wallace at the Battle of Stirling Bridge -- which, by the way, looked NOTHING like how Mel Gibson portrayed it in his movie. [Which did surprise me a touch since I was expecting the trilogy to close with the Black Douglas, I am sure I had read that somewhere]

The first two books ended at roughly the same point in time. This book starts where they ended as we continue into the Scottish war of Independence (or rebellion if you follow the English logic of Edward).  And for a novel of Andrew Murray, there are about a dozen chapters before we actually cross north of the Forth and head up to Moray and meet the supposed protagonist.  Really, as with the book about Wallace, we are reading the account as told by Father James Wallace, cousin of William, seeing the events through his eyes.

I like Whyte's writing.  It serves as a nice escape from time to time.  I wonder what he might take on next....
Posted by Gord at 9:44 pm No comments:

And I am so glad I chose to read it (and persevered as I waded through the heavy bits).  Then again the musical is one of my favourite shows ever so I was predisposed to push myself through the text.

The ending of the musical, with Cossette and Marius rushing in to Valjean just before he dies is touching.  The original scene as written by Hugo is far more deeply moving.

This version included as an appendix a letter from Hugo to the publisher of the Italian version of the book.  In this epistle he explains why the book is not just a French historical fiction. He explains that it touches on social issues that are universal across Europe.  So the book is, at least in Hugo's vision, a social commentary (and a fairly powerful one at that). Some (or even much) of this comes through in the Musical, but not nearly as deeply.

THere are books that deserve to be read more widely. This is one of them.  On the other hand, I suspect that in its full form many current readers would give up in those long descriptive and extraneous parts. Which is a pity (though I still believe there could have been a bit more heavy editing--because I still don't know why we needed  long in-depth description of Waterloo just so we can meet Colonel Pontmercy and see him rescued by Thenardier).  Some of those long descriptive passages are truly beautiful. And without some of them the depth of understanding of the characters would be lost.

There is one other thought. Hugo writes assuming that we have a deep knowledge of the history to which her refers, refers in great detail.  The novel works without that knowledge. But I suspect there are bits that would make far more sense and have far more meaning if I were much more familiar with French history of the early 19th century.

If you have the time....I encourage the reading of this book.
Posted by Gord at 10:16 am No comments: