Fifty years ago this month a 12 year old Ojibway boy named Chanie (Anglicized to Charlie) Wenjack ran away from an Indian Residential School in Kenora. He then died along a railway line a week later.

His death sparked a formal inquiry which condemned the IRS system.  And most of us had never heard of him until this year when this Heritage minute was released:


This book is a fictionalized/imaginative (and greatly compressed--into a couple of days) account of his fatal flight to freedom. It is narrated by the Manitous that accompany and watch Chanie on his trip. 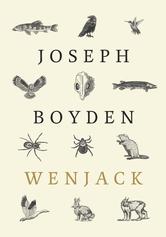 The novella is a simple and quick read (my Kobo told me it took 0.7 hours). Which does not mean that it is an easy read. It is challenging as it forces us to acknowledge that this is based on an actual death. It forces us to ask what sort of a country would create situations where things like this would happen.

I am tempted to read it to my children (at least the older two) as a way to start to talk about this so difficult subject.

I am also tempted to suggest it as a book study for the congregation.
Posted by Gord at 3:22 pm