SOme people marked the month of November by posting every day.  I appear to have marked it by not posting ANYTHING on this blog....

SO I thought for that for the first time in I don't know how long I would do the RGBP Friday Five.

This week's prompt is about Christmas Trees.  Our tree won't go up for t more weeks but here we go.  Let's start with a picture of our tree from last year: 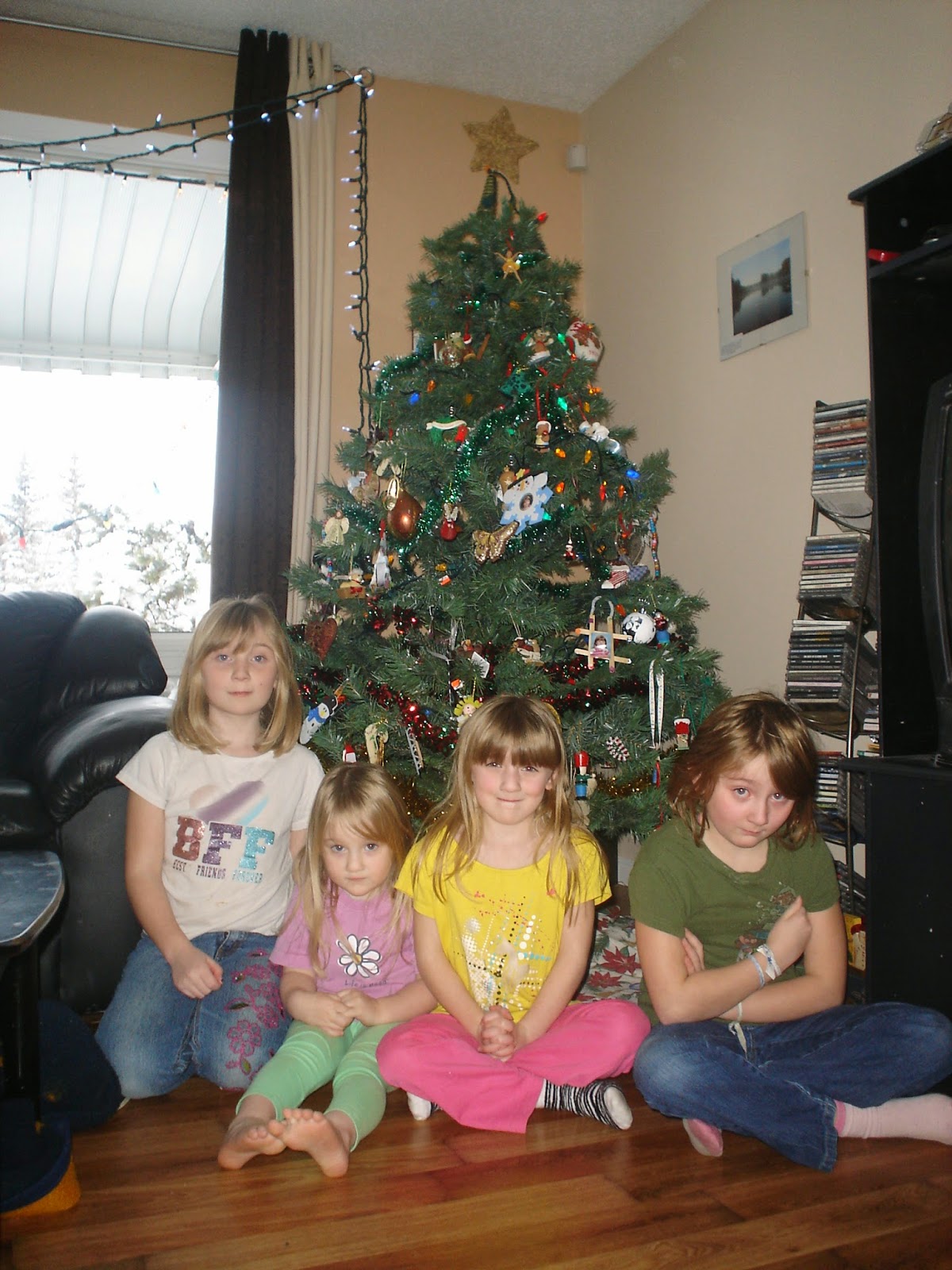 ANd the prompting questions are:
1) Real tree, or “fake?” My preference is real.  But after spending as much on real trees in 2 years as we spent the entire time we were in Atikokn we bought a fake one.  This will be its third year.  Our 10 year old hates it--keeps asking why we put "a piece of plastic" up instead of a tree.

3) When do you put up and take down your tree? because we always used a real tree the tradition was to put it up around the 20th and take it down on New Year's Day (in my childhood my mother would often de-decorate the tree while watching the Rose Parade).  Even with the "piece of plastic" we tend to keep to that schedule because we have limited room in the living room for the tree as it is.

4) Tell us about your favorite ornament (share a picture, if you can). Not sure I have a favourite...but I will mention the set of 6 ceramic bulbs that have the Irish "May the Road Rise to Meet you" Blessing on them I was given years ago and then did not use for a while due to using "bush" trees with weak branches.  Now we can use them because the fake branches are plenty sturdy.

5) What goes on the top of your tree (again, share a photo, if possible)? We have an angel and a star, both in the same material and style, that we alternate.  Mind you we have to rely on the girls to tell us which year is which...though I see above that last year was the star

Bonus: Are there traditions about decorating your tree that you’d like to share? Every year we buy an ornament for the girls.  (Soon we will have more ornaments than we have tree but that is another issue)  Here in town there is an annual Ten Thousand Villages sale in mid-November so every year we go to that and this is where the girls buy their, fairly traded, ornament for the year.  For the last three years running our second child has gotten ornaments with nativity scenes on them--says she is starting a collection.

EXTRA BONUS:
There are stories that always get told in families.  Here is one of ours....
One year, I think I was in Grade 10, I had a play rehearsal (for Our Town which we were performing in January) on the Saturday before Christmas.  We had not yet decorated our tree.  At that point in time my father and sister did brunch on Christmas Day.  Often they had grand plans (which over the years faded into simple bacon and eggs but since at that time my grandfather only got bacon and eggs once a year [cholesterol diet] he did not mind) and this year they had a fancy bread they were making.  That afternoon while they were trying to make it and my grandmother was giving helpful advice my mother decided that the kitchen was not where she wanted to be.  SO when I got home from rehearsal the tree was totally decorated.  I was less than impressed that I did not get to help.
Posted by Gord at 8:56 pm